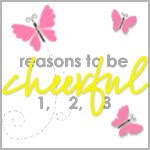 Wow! Thank you to Michelle from Mummy From The Heart for a mention on her six month anniversary post. I am honoured but also want to thank her for suggesting I take part. It really does give me a chance to round up the week and celebrate the good things.

My first reason to be cheerful is Twitter related. A couple of weeks ago I replied to a retweet asking if anyone was or knew of a gardener. They needed their's clearing. I jokingly replied (well, not so jokingly!) I had a strapping 17 year old son who had time on their hands following completion of A level exams. (he was at this point worrying me because he didn't seem to have anything planned) We swapped DM's and before I knew it James was visiting to 'survey the job' (Really though it was so they could see what he was like, not that I was about to tell James that!)

A week later and over two and half days (one of which was the hottest and the next seemed to be the wettest) a garden is cleared and James has money in his pocket and the biggest smile I've seen on him for the longest time. He said although it was hard work, he had enjoyed it and it felt amazing to have earnt his own money.

So I would like to say a thank you to @agambar who took a chance and had faith. He has inspired my son to get his bum in gear and finally look for a job!!!! A true gentleman!

My second reason is my daughter got engaged while on holiday 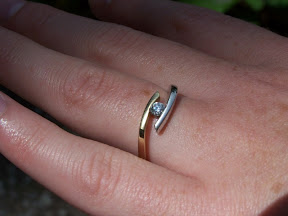 So happy for them both (although I should add, technically I've been told its actually a 'commitment to be engaged' Personally there's a shiny ring, ergo they are engaged!)

And lastly another for Amy! She has been invited to her first job interview, since leaving university just three short weeks ago. The job role is something she really wants to do and links brilliantly with her degree. So fingers crossed it goes well and she now knows her CV is effective. The only downside is the job is in Livingstone, so really far away from us. But they have to leave home at some point and its painful, regardless of the number of miles.

So for me a brilliant week, the last before I return to work on Monday. A great end to my three month sick leave.

Don't forget to take a look Mummy From The Heart for other reasons to be cheerful!