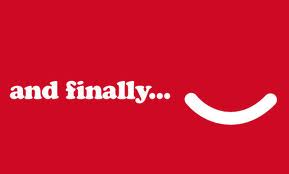 Alert - post has been updated with the latest developments


It's happened. The all important Oncology appointment I've been banging on about for over three weeks, to tell me what trouble Ted the Tumour a.k.a kidney cancer has in store for me.


We rolled up at 3pm for our appointment and true to form the clinic was running late, but hey, I had my Kindle and I don't mind sitting and reading. But I was feeling sick to the stomach and extremely stressed out. On the outside cool and as calm as can be. On the inside my brain is doing somersaults and my stomach wants to join the circus too. MrC can't sit in a chair for very long, so he's standing, which means pain, which means he's stressed, which means I'm stressed.....you get the picture? Yep? One of those infinity steps where you just keep on going 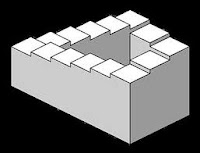 Eventually called in and the consultant was lovely, you could see immediately why appointments were running late. Nothing was too much trouble, he explained everything and I felt like he actually gave a sh*t about things, which is more than could be said for my urology consultant.


So what did he tell me?


Have you ever heard of the Lieberman scale? Nope me neither (I'm sure I've still got it wrong as I can't find it properly on the internet) Broadly speaking it takes into consideration all the factors (size of tumour, location, lymph nodes affected etc) of the disease, gives it a score and this tells you the likelihood of a recurrence.


My more intelligent readers, please help me with the spelling and correct my explanation if wildly inaccurate.


However the odds seem better if you turn that around and think 4 out of 5 don't. (See what I did there?)


There was some discussion around my scoring. The original pathologist, the first one on call, gave me a score of 2 when Ted the Tumour was examined straight after surgery. His speciality though was gynaecology. All results are checked afterwards, when they have more time, by a specialist in the field and she changed it to a 3. She is the expert after all and has more experience in renal pathology, so trumps the original report.


Essentially they've given Ted the benefit of the doubt and consigned a free upgrade by erring on the side of caution. And I'm ok with that!

In real terms this means I will be monitored closely for the next 3 to 5 years with scans and blood tests to see if any other cancers appear but won't be needed any treatment. Yay!

Which means I can schedule Geoff the Gallbladder, a.k.a a very painful gallbladder which makes itself known at every opportunity, to be removed! Right? Well, maybe not, read on....


There is the chance to be included in a clinical trial for a drug called Sorafenib It's been used as a treatment for advanced kidney cancer, where surgery isn't an option, it inhibits the growth and spread. My study though, is to find out how much protection it can give to people who've had their tumour and kidney removed and hopefully lower the instances of a recurrence in the following years.


There are side effects, they are however outweighed by the benefits (Bet I don't get the weight loss side effect! I know, I'm shallow) And out of 8 patients, 3 will be group A, 3 in group B and 2 in group C so my odds are good for getting at least a years cover.


However (and there is always a but no matter which word you use) there's a problem.


I need to start the trial by the 13th of June to be eligible. If I have Geoff the Gallbladder out, I need 2 weeks to heal before starting the treatment. So I have a small window for the operation,  between now and the 26th of May , or thereabouts.


I have a dilemma. Blasted (and that's being polite) Geoff has caused me untold pain and sickness in just the 9 weeks since Ted was removed. I'm in daily pain and discomfort now and really want to have it taken out. But if I can't get the operation next week, should I delay it and reschedule for 6 months time? 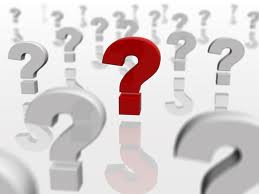 Am I looking at a short term solution by getting rid of Geoff and not being included in the trial, when I should be in it for the long haul and making sure no more little Ted's appear?


At the moment I feel so unwell and can't see me getting better until Geoff is no more. Or should I man up, get back to work and put up with it so I can get on the drugs trial?


I've already been off work for four months, I was hoping to get Geoff sorted before going back. Easier all round with only one period of sick. No more time off, get on with my life etc. etc. Leaving Geoff to fester for six months will mean I not only feel ill, I will have more attacks, be less efficient and then need to take another period of sick leave (which I technically won't get paid for) I've must consider my career too. I want to make sure I've got a job to go back to!


Don't get me wrong, I'm not going to give up without a fight, because I certainly want my cake and eat it. I've got a week to get a date organised for Geoff's removal so I'll be hitting the phones hard and seeing what I can do.


And it goes without saying I will be following up as to why there was a three week delay in getting the oncology appointment in the first place which has put me under this time restraint. (If you haven't read it the post is here)


I'm talking to lots of people at the moment, family, close friends, people who've been in similar situations. But what do you think? There is a wealth of experience and a lot of opinions out there and I want to hear from you. Don't worry, I won't be holding anyone accountable. If anyone knows me I always make my own mind up! I just want to hear what you guys think.


Things are looking up, ultimately it's great news


***Update Friday 18th of May at 5.30pm***
First thing this morning I called the drugs trial nurse and basically begged. I'm not a proud woman! I just need some help to make this work and I'm determined. She got the message to my consultant that I want to be included but needed help arranging an operation date. So he's had a chat with my lovely surgeon who I hope will be able to pull a rabbit out of the hat and find me a theatre slot.


Everyone is in the loop, is aware of how important it is and I hope working together can make it happen