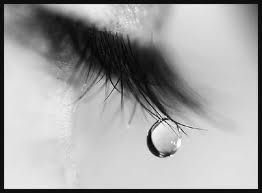 Don't know what's come over me today, I've been welling up and crying (maybe even sobbing...) at the most ridiculous things!

For example the John Lewis Christmas advert was first, then (weirdly!) listening to Tim Minchin singing 'White Wine in the Sun' on the Scott Mills radio show on the way home.


And don't get me started on The One Show, watching Mat Baker sob his heart out halfway through today's leg of his 'Rickshaw Challenge'


If I didn't know better I would have said I was hormonal, but as the important originators of those pesky things were removed at the same time as my uterus earlier in the year, it can't be that (I 'heart' HRT)


But who am I kidding, I know exactly why I'm crying at the drop of hat. It's got something to do with finding Mr C collapsed on the kitchen floor yesterday morning. It's got something to do with ringing 999, acting calm and collected, while I made him comfortable, locked away Fritz the dog and getting his medication together all the time thinking 'this is the worse I have ever seen him for a long time'


It's awful to say that we're all used to Mr C being ill, used to emergency admissions, which makes the unusual for most, common place for us. He had though, become very ill extremely quickly and even in A&E with pain medication administered, he didn't bounce back as usual. It was heart wrenching to see him in so much pain, obviously distressed, with a rising temperature and the imminent signs of peritonitis. You see I've seen this before, six years ago, when I was told his next 24 hours were crucial.


But I did my usual thing and planted the reassuring and calm face in place, with my painted on smile and soothing words. So maybe my tears today and obvious emotional over load is a delayed reaction to what I saw but maybe also to what I heard.


Let's face it, no-one is in A&E through choice.


The standard issue paper curtains don't protect anyone's privacy; don't stop you hearing about an 85 year old woman, who lives alone, found by her carer after taking a paracetamol overdose.


They don't stop you being drawn to the cheerful and charismatic voice of an elderly man. He sounded so together and calm, unflappable and accepting. However as he goes on to describe to the nurse, he's the only carer for his 92 year old wife, who suffers from dementia. His beloved wife who is now, home alone and unable to feed herself or even turn the TV over, until he returns after having treatment for a broken wrist following a fall. My calm mask nearly slipped when he was told he might not be home that night, he may need an operation to reset the bones.


So I think, I'm allowing myself to be a little self indulgent today. I managed to be stoic, dependable and unflappable when it was important. Today I can be flighty, jittery and unpredictable and get it out of my system!

I'm thankful to everything which is good in this world, he is okay now. He did respond to treatment and is now at home smiling and working towards getting back to his old self.
I'm thankful we are not alone, that we've family and friends who are always there for us.


But also in the spirit of this blog, I'm choosing to reminder the highlights; Of nearly handing over Fritz's ear medication to the paramedics collating Mr C's prescription drugs (I'd never have lived that one down)


Of Fritz thinking Mr C being on the floor was his cue to play!


Of spending the day in the same clothes as the day before (right down to the underwear) because I didn't have time to find clean. Even worse, not brushing my teeth! (never has a shower felt quite so refreshing!) You gotta laugh.....


And the icing on the cake? As we were walking out of the hospital overhearing a suspected visitor walking in saying 'the only trouble with this place is there are too many sick people' (and he wasn't joking!)


I wasn't the only one to giggle at that one! 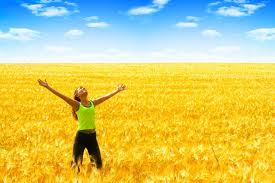