Email from my Brother: Flooding Alert!! 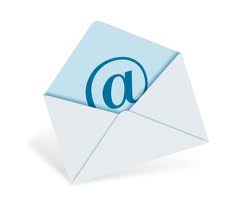 I’ll start off by congratulating you on your sponsored walk.  I’m so used to taking the car now that if I walked seven miles there’d be severe chaffing going on in places where chaffage doesn’t need to happen.  I am good at wading though as this week’s drama will soon show.

So our property in New Zealand is bordered on the north by the road.  On the east side the boundary is a drainage ditch.  It’s a big ditch as it’s the main one for the valley and is about six feet wide and six feet deep. The ditch runs north and goes under the road to the north through a concrete pipe. On the south and west sides are the wide open fields owned by our farmer neighbour.  Incidentally over the ditch is more fields until the ground starts rising up towards Mangakawa Reserve.  Got that in your head?  If not Google Map our house.

So a couple of nights ago I finally decide to go out to the garage to get the rat trap.  Did you know we’ve got rats?  I may have mentioned it once or twice.  The rain had been heavy but it appeared to have eased off so I thought that this was the best time to hop on out and get the darn thing.  Anyway I stepped out and looked towards our garage which is usually a pitch black scene seeing as we’re in the country.

I was momentarily taken surprise by what seemed to be multiple water reflections from house lights from up the hill.  It seemed that I was staring across Torbay Harbour rather than empty fields which clearly wasn’t right.  There followed  a slight pause where I wondered where I was and I realised what it must be like to be senile.  Maybe I was really in my nineties and had been reliving the golden age with my young family back in the 2010s but was in fact now stepping outside the sea side old folks home in the 2050s and that I’d been a dribbling resident there for some time.  Was this a rare moment of clarity or a common moment of madness?  Did they have a fish and chip shop in this unfamiliar seaside town?  Did they have a pub?  Why had I been reliving painting the new bathroom when I could have skipped right over that shit?

Then I heard an alpaca bleat and the sound of water being kicked around in the darkness and I realised that (a) I was not mad - the ditch had burst it’s banks in the heavy rain and (b) the alpacas were up to their knees in flood water because I’d moved them into the car park paddock and archery paddock the day before.  To add to this the Guinea Pig hutch was now submerged because the flood water was half way up the garden, but thanks to the fact that the Guinea Pig hutch was a two storey jobby the Guinea Pigs (Bubbles and Goldie Looking Horn) had retreated up their ramp like Chewbacca and Han Solo boarding the Millennium Falcon.  You’ve got to love those furry little guys.  They’ve got mites, they’ve cost four times their worth in vet fees so far but they know what to do in a flooding emergency. i.e. not drown and break Eva's little heart.

So it was time to assess the situation.  This starts by banging on the kitchen window to get Juliette to come out.  No point panicking in the dark alone.  The garage was well under water.  I had a brief flash of flood scenes from James Cameron’s Titanic but in a shed rather than a ship.  One of our cars that was parked on the grass was in danger of being flooded so I knew that would have to be moved. But it was time to prioritise, cars can be fixed so first the alpacas because alpacas cost hundreds of dollars where as Guinea Pigs cost six bucks each.

Fun alpaca facts – alpacas don’t like water, they do like alpaca pellets, they are always hungry, they will follow the Alpaca Beelzebub into the depths of hell if he has alpaca pellets, alpaca pellets make a nice noise if you shake them in a plastic container, alpacas love alpaca pellets  and alpacas love alpaca pellets.  Juliette and I lead all four of them up to a dry paddock in the dark no problem.  It was easy and apart from Dougal having a bit of a cough the next day they were none the worse for wear.  I dragged the Guinea Pig cage up to dry land and put in some food for them, backed the car that was in danger of being flooded up to the dry bit feeling like James Bond in The Spy Who Loved Me and finally checked on Tom cat.  He’d been asleep in front of the fire the whole time.

Next morning the water had dropped down and it looked like nothing had happened. The garage hadn't been flooded, the water had risen right up to the level of the floor but no further.   If I hadn’t gone outside when I had chances are apart from some pissed off alpacas, two dead Guinea Pigs, a flooded car and load of fire wood scattered all over the paddocks I’d have been left scratching my head.  The farmer says the ditch bursts it’s banks about once every ten to fifteen years when it rains this hard.  Brilliant.  If it doesn’t happen again next week what am I going to write to you about next time? 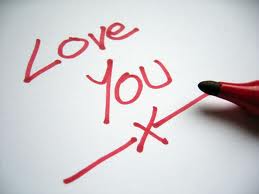