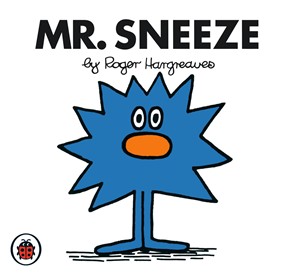 Oh my goodness me! The freedom to go out when I want and not to have to rely on lifts! I've felt like a teenager having to ask my parents (or god forbid MrC) to take me anywhere. And its not as though I am fit enough to get myself around yet either like a teenager can. I know my son roams for miles, which is why he so skinny despite, eating me out of house and home and drinking far to much beer at the weekends. When he goes out for 'the said beer drinking', he looks wrecked the next day. But when I asked him how he got back it's generally shank's pony and at least a six miles walk at that! So it's no surprised he's bloody knackered. Mind you, the beer won't have helped.

So, the thought I could actually start driving the car was divine. I spoke to the insurance to check I was covered. They asked me:

- When did the consultant suggest I could drive? (he said around six weeks)
- Could I move well enough to see out of the windows? (when I'd been out in the car I kept checking I could turn and see out of the back window, so that was ok)
- Could I tolerate an emergency stop? (My Dad had an unfortunate experience with a red light (don't ask) he didn't see while I in the car with him, so the answer was yes!)

Great, I could go out in the car! So my first trip loomed and I decided to take my daughter to work. A huge, herculian trip.... of about a mile, takes about 20 minutes to walk it (Have I mentioned I live on a steep hill??!) 3 minutes in the car there and 3 minutes back. Fine for my first go. Would see how I felt and go from there.

So I get in the car, would it start? It's been sat outside for six weeks and hasn't even been turned over. Started first time, phew. But would I remember how to drive??!! It has been six weeks, major surgery, blah blah blah, my brain was mush, would I be able to work the pedals out?? I decided to go for it and work it out as I went along. If it didn't, I had my phone and I could call for help.

Luckily, I hadn't forgotten. Driving a car must be like riding a bike. (where does that saying come from? Must look it up some time)

So off I went, feeling like a grown up all over again. I dropped her off, with no misshaps and started on the mammoth 3 minute journey home. And then disaster struck! No, I didn't hit anything, it was worse. I could feel a sneeze brewing.

Now a sneeze is bad enough when you are driving because its physically impossible to not close your eyes when you do (Not sure if its an urban myth or not that if you don't close your eyes your eyeballs will shoot out of their sockets. The state I've been in though I was not about to test that out) But also anyone who's has adominal surgery will know, sneezes, coughs and laughing can, and will hurt......a lot! I can laugh and cough now without too much of problem, but a sneeze was an unknown entity, you don't know if it will just be a little sniffle and not worth worrying about or a big thunderblaster which is going to hurt like hell!

So I'm driving along can feel this sneeze brewing and start to panic a bit. This is going to hurt! I'm going to rupture something and all this pain will have been for nothing...... I'm going to crash the car, injure myself and a coach load of innocent bystanders who came all the way out to see me on my maiden post op drive (they hadn't by the way) and could see my whole life flash before my eyes.......I AM GOING TO DIE!!!...... and before I knew, it was out! It felt like hours between knowing I was going to sneeze and actually doing it but really it was probably only seconds.

And you guessed it, I didn't die, I didn't injure anyone, I didn't crash the car and you know what? I didn't hurt much either.

And the moral of this story? I needed to give the driving a couple more days before trying again. Oh and nothing is ever as bad as you imagine its going to be, not even sneezing!

Email ThisBlogThis!Share to TwitterShare to FacebookShare to Pinterest
Labels: Home, My Operation