Thought I would give Kate of Kate Takes 5 brilliant Listography another go this week. Last week it was Products You Couldn't Live Without. The theme this week is Albums by Band and click here to take a look at Kate's and some other brilliant suggestions!

I decided to just go for it and dive in and not over think this one. My taste is very eclectic and changes quite rapidly. Weirdly I didn't get into music until I was about twenty and already had my first baby! These albums have been chosen because at one time or another they have meant something personal to me.

So here we go!
The Streets - A Grand Don't Come for Free 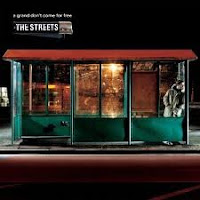 I remember listening to this album in the car from start to finish. The words in some of the songs made me, laugh, they made be cry, they made be think, but they  told a story and came full circle. Just blew me away, I'd never heard anything like it before. I am not a fan of The Streets, but this album does it for me!
Various Artists - Radio 1's Live Lounge

The then Radio 1 DJ Jo Whiley, had a featured called the Live Lounge. This album is a compilation of the best ones. A bit of a cop out maybe for me to choose it because it is a compilation, but it was this feature which first encouraged me to listen to different types of music, groups, bands and artists.
If you aren't au fait with the feature, current pop stars and groups are invited to play live their most recent track, but also cover another artist song of their choice. The cover versions generally make me see what brilliant singers or musicians they really are. But more often than not, they bring the cover version to life for me all over again and I can see another element to the word play or melody I hadn't noticed before. I've enjoyed all the subsequent albums too! 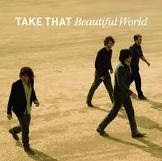 Beautiful World - Take That
What can I say? I just love it! Very guilty pleasure. If I want something to listen to while I walk, do the housework anything really and not sure what sort of mood I'm in, this is the one I click on my iPod!
James Blunt - Back to Bedlam
Not everyone's cup of tea I know, but this album got me through a difficult period of my life. A few years ago, I nearly lost MrC. I was actually told he may not survive the next 24 hours following a 'routine operation' which didn't go to plan. Thankfully he did! This was one of the albums I played whenever I walked the dog, the only time over the next three months when I wasn't nursing him back to health. I know James Blunt doesn't have the most cheery of reputations but something about the tracks resonated for me. That walk, and the music I listened to, got me through it. I'm still nursing him now six years later as he has never fully recovered from that first operation. So I have lots of memories, good and bad from that time. 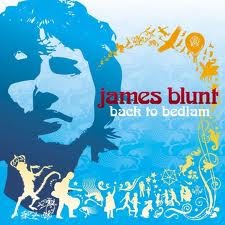 Classical Grafiti - The Planets
Another strange one I think, but I love it and go back for a listen time and time again! Its classical tunes played using modern instruments like the electric guitar or the drums. Give it a listen, you might like it! I listen to it when I want something soothing to help me think! Which is a lot! 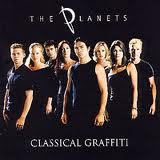 So there you have it! The first five albums I thought of when I read Kate's challenge! What would be in your list? Leave me comment and let me know. And don't forget to check out Kate's and what other people have in their's!
Posted by @FayC

Email ThisBlogThis!Share to TwitterShare to FacebookShare to Pinterest
Labels: About Me, General Ramblings, Home