Email from my Brother: Think on 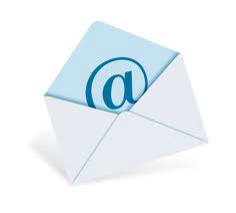 Hi Fay, So I read your blog about your hair dresser fixing up your hair.  It does look good.

I’m wondering though if all the hair loss is worth the drug trial though.  I mean if you’re all clear at the moment and the drugs aren’t “proven” yet, is it worth the agro? Because I’m finding it very hard to take the piss when you’re hurting emotionally.  So it’s time to stop thinking about yourself and start thinking about how your condition affects other people i.e. me.

So the guy who died in the car crash had his funeral this week.  Horribly enough we had our own near death experience in family this week too.  Eva’s cousin Rachael (same age as Eva, 5) came around for a sleepover last Saturday and she nearly died.  The girls were helping Juliette make chocolate covered cornflake cakes and with a little bit (lots) of help from Sam managed to throw ingredients all over the place.  So I got our Dyson handheld vacuum cleaner and was hoovering the mess up.  The cornflakes kept blocking the nozzle so I had to stop and bang the tube every couple of minutes but eventually I finished clearing the whole thing up.  Then I gave the vacuum one last tap and the hinged door on the bottom of the Dyson sprang open and dropped everything all down my jeans, my feet and in all directions to a distance of about five feet.  That’s when Rachael said in a sing-song voice, “Oopsey!  Looks like someone’s made a mis-take!”.  And I very nearly throttled her to death.

So I had my birthday last week (like you!) and the best present I had was a chainmail coif I ordered for myself back in June.  I had a bunch of stuff from my family sure, including about eight hand made birthday cards from Eva (handmade, how cheap can you get!(joking)), but I can wear boxer shorts and T-shirts any day of the week.  How often do I get to wear a chainmail coif?  What’s a chainmail coif?  It’s a basically a chainmail hood.   Each 6mm ring has been hand riveted in a sweat shop in India by some child who was probably wondering why someone wants to buy a big, heavy, oily piece of obsolete armour.  Because it’s awesome, that’s why kid!  Shut up and keep working.

It’s got to be said when I put the thing on I look like a movie star.  The movie star in question is the old bloke that’s been guarding the Holy Grail at the end of Indiana Jones and the Last Crusade.  It’s the silver in my beard I think.  I’ve got a medieval sallet helmet too which basically looks a bit like a dorky German WWII helmet.  When I put the sallet on over the chainmail coif I look like a metallic penis with a face.  Brilliant.  Can’t wait to wear it all at the Ohaupo School Fireworks Display in November, the guys there are going to love it.

The diet is going well.  Two days a week we eat only 600 calories.  So far we’ve lost zero weight but we do appreciate the food we do have on the five days we’re not pointlessly limiting ourselves.  Yesterday I was so looking forward to having toast with butter on in the morning I made my own butter from some cream we had left over from Saturday.  And we already had butter in the fridge.  Hot toast with butter, yum!   Last week I took a tip from Hugh Fearnley-Whittingstall and put a bowl of porridge oats to soak in milk in the fridge overnight.  This made the porridge the next morning taste extra extra creamy.  Thanks Hugh.  I don’t normally bother faffing around with food but being mega hungry seems to focus your thoughts a bit.

Unfortunately none of the kids have turned into giant hams like a Tom and Jerry cartoon yet though, because I wouldn’t mind some ham.  I’ve just been watching Pinocchio with the kids and there’s a scene where two foaming mugs of beer are drawn from a beer barrel and I’m wondering if I should have another glass of tap water or save it for later, because you know, you’ve got to have something to look forward to.  We agreed to do this “diet” for three weeks before quitting and we’ve just completed Week 2 of 3.  On the off days it’s only the packets of chocolate digestives, slices of cheese cake and multiple pints of beer that are keeping me going.  What’s the point of diet where you don’t lose weight, eh?

Anyway, take care of yourself, don’t get too down about your hair loss because remember, when you come off the drugs it’ll all grow back.

And then you’ve got to contend with stubble rash around your nethers.  Think on.